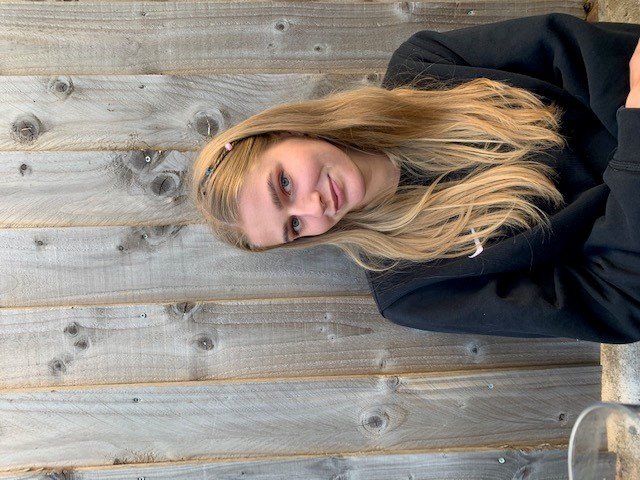 I cannot recommend enough that students choose at least one language as an A Level, especially at Parrs Wood. The unique thing about studying languages is that you gain historical and cultural understanding of events whilst developing your analytical skills (as you would do in any subject), but on top of this, you actually learn a new language! And it is a fun process! This objective attraction to languages as a subject will be universal across all sixth form colleges. But it is the small class sizes and the exceptional quality of teaching that differentiate Parrs Wood out from the other colleges. There were five of us in our French A Level class, so we had the opportunity to build a really lovely working relationship with one another. Our teachers, Miss Etchells and Mrs McGrath, could not have been more invested in our progress. We were provided with such remarkable support and if anyone had any issues with the course content they were resolved almost immediately. All of us thoroughly enjoyed our time studying languages at Parrs Wood, so much so that three of us are currently studying languages at University. There’s only one thing I regret about my time studying languages at Parrs Wood; not picking up another one whilst I was there. 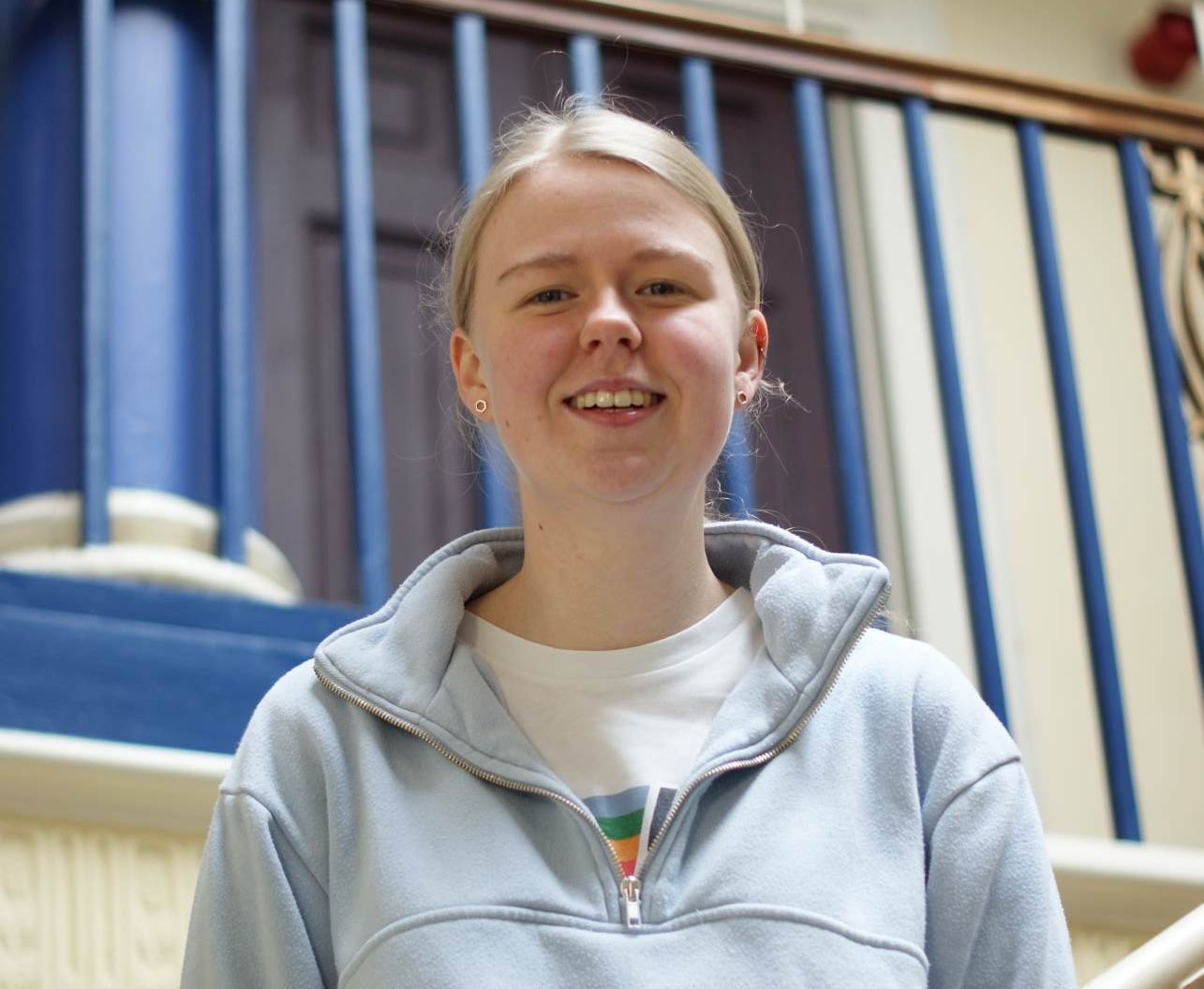 Time spent with the advisors helped me decide what I wanted to study, navigate the UCAS system and finalise my application. We discussed courses at different universities, and how to find out more information and find relevant work experience. The guidance on putting together my personal statement was invaluable.

Alumni, who are now medical undergrads, came back to school to host medical ethics workshops, prepare us for admissions tests and do interview practice. This was crucial for knowing how to prepare.

I had a good experience at Parrs Wood and felt like I was well supported in ending up where I wanted to be to in terms of pursuing a future career. 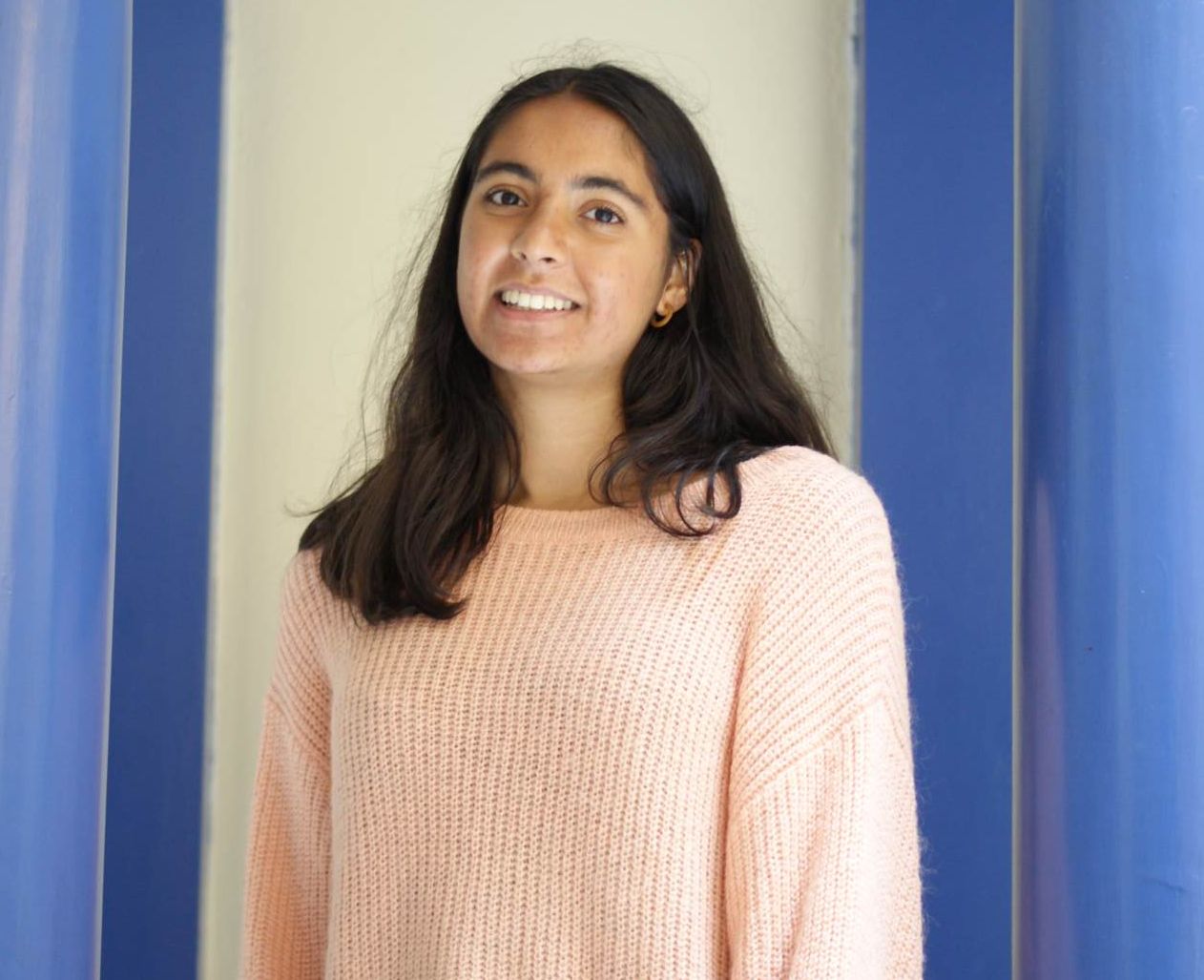 I wanted to try and see if I could do all four A levels but I kept in mind that I could always drop one at any point during Year 12 or 13. By the end of Year 12 I had decided the course I wanted to pursue at university. I thought I might as well try and apply to Oxford because there was nothing to lose!

In Year 12 I found regular sessions with Dr Kunawicz very useful. She showed me all the different possibilities of courses for university so that I was sure as I could be that the course I was choosing was the one best suited to me.

Towards the end of Year 12 and beginning of Year 13 we focused on my application- especially on writing my personal statement. Dr Kunawicz organised a mock Oxford interview at another school which ended up being pretty similar to my actual interview.

I was already settled at this school so one less thing for me to worry about.

I've already got family here, it was recommended to me, I find it a good size and the teachers are fun. 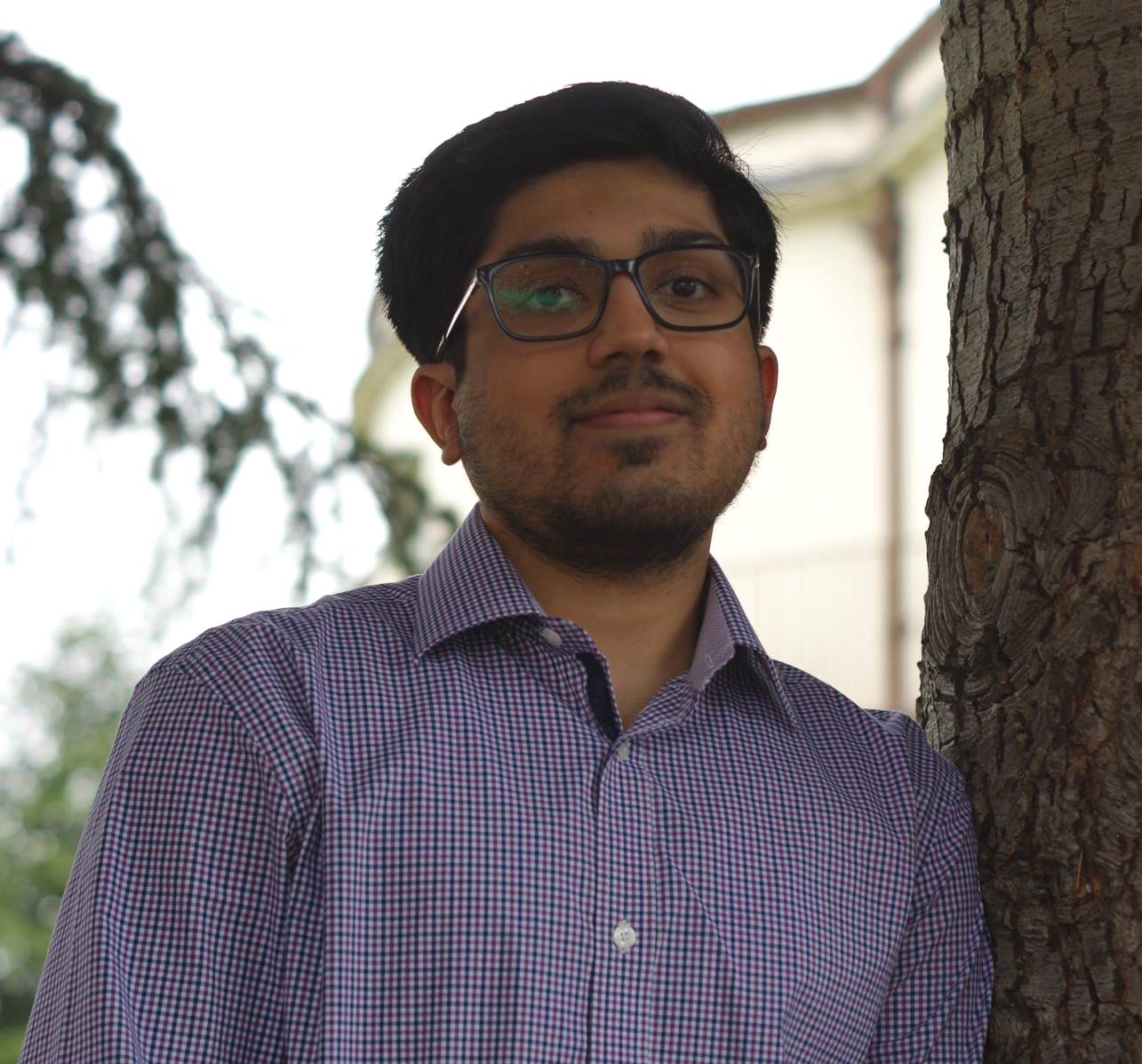 Parrs wood Sixth form was a place which brought the best out of me. The time I spent here helped me learn a lot about myself and about the skills or talents I had but never noticed. Hard work is necessary regardless of where or what you study but proper guidance is necessary to achieve success. Parrs wood sixth form provided that support and guidance which brought me a step closer to my dream of becoming a doctor. I was provided with several opportunities to improve my academic as well as ‘life’ skills because both are equally important. My time at Parrs wood was short but it always felt like a place where I belonged.

I am currently in 2nd Year of Medicine (MBChB) at the University of Manchester.

I moved here from Loreto because I had heard how much smaller the class sizes were, which meant the teachers could provide you more attention and help when needed. 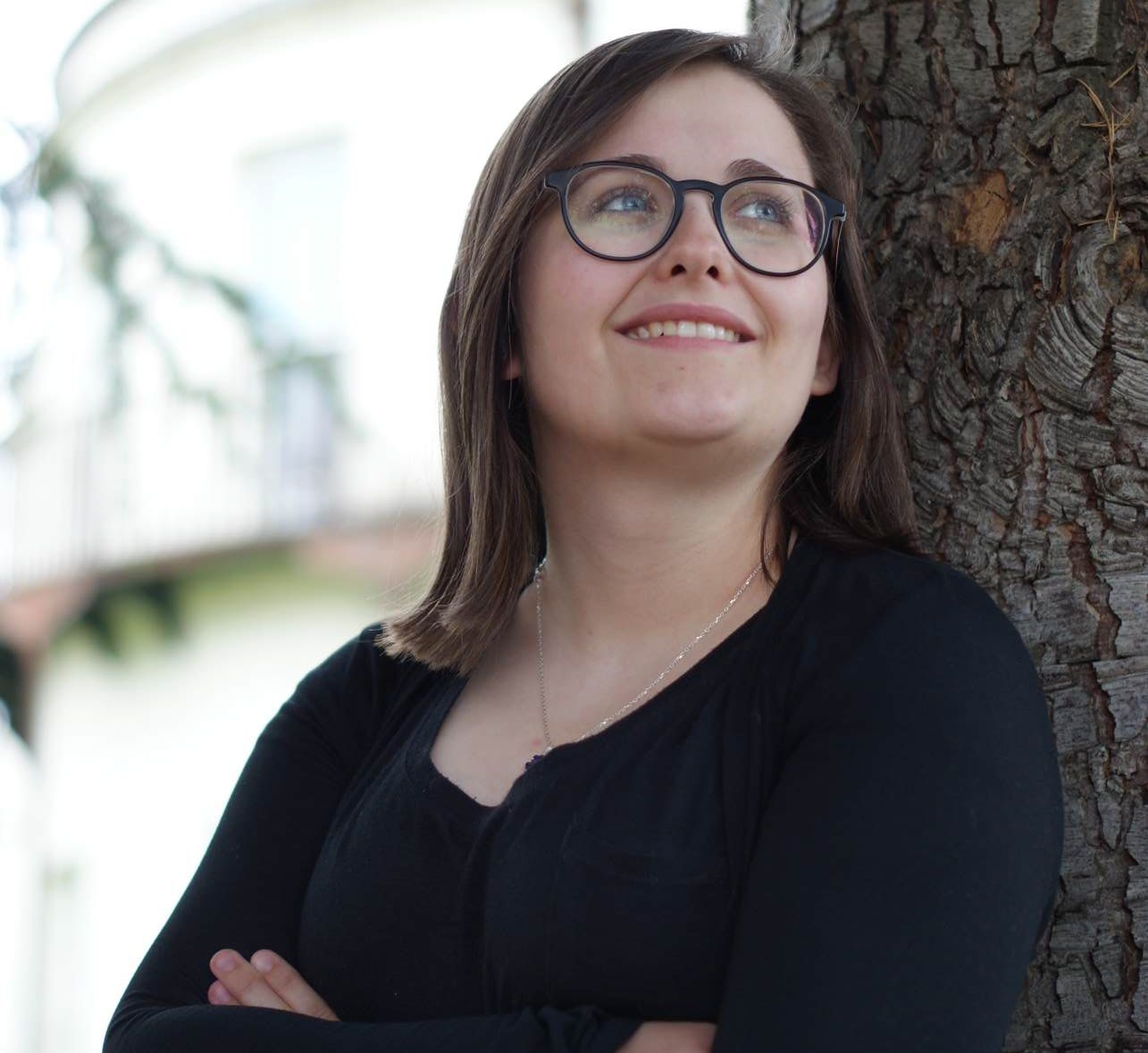 I chose to come to Parrs Wood Sixth Form College because it was supportive and friendly and from the open day I knew it was the kind of environment that suited me. Also, for me it was also only a 30 minute walk from my house, meaning I didn’t have to waste time or money on travelling. Personally, I didn’t find the transition to college that difficult. I really enjoyed that extra freedom and responsibility; it forces you to grow up but I think I was ready for that. I loved Year 12, the workload was obviously much larger than previously but I really loved all the subjects I chose and enjoyed getting to go into more detail than at GCSE and having more control over when, where and how I studied, it motivated me to put the work in.

The staff at Parrs Wood are incredibly supportive! As a student at the high school it never felt as if there was a divide between yourself and the staff. They spoke to you like equals, ate lunch at the table next to you and there was always someone who you felt you could talk to if you needed to. Even when you weren’t at college, you felt comfortable emailing them and that doesn’t stop when you leave! My subject teachers were always there to answer questions or sometimes just to listen if that’s what I needed and my form tutor and acted as a shoulder to cry on on more than one occasion! Dr Kunawicz was an amazing person to have around when having to make decisions about the future, she made sure I explored all university options and gave me so much support when it came to writing my personal statement (both years!). Smaller class sizes was a big part of why I loved Parrs Wood so much. It wasn’t just that having half the class size of high school means having extra support and attention during lessons but it also allows you build a better bond with your teachers and when your teachers know you well, it’s easier for them to support you both academically and emotionally.

As soon as my A-Levels were over I knew I had not done my best, I was thankful to have made it through them without burning out but I was always aware that those grades would not represent my best work and there was the possibility that I wouldn’t achieve the grades for my preferred university. During the weeks leading up to results day, I considered my options and decided that I only wanted to go to university if the course and university suited me. I didn’t want to make a rash decision through clearing and if I was going to rack up student debt I wanted it to feel worth it. I’d also always planned to spend 6 months or so in Adelboden, Switzerland, ever since I’d visited at the age of 15, although I had originally thought I might do this after university so it seemed like an obvious decision to apply for a chalet assistant position at a centre called Our Chalet for the first half of the year, leaving time from March until June to concentrate on improving my A-Levels. So when the day came and I found out that I hadn’t achieved a place at either of my choices I didn’t have to think about it, I was ready to take a gap year and resit and confident I had made the right choice. I submitted the application to Our Chalet the next day.

I knew what I wanted to do for my first 6 months of my gap year but was aware this was going to take up a lot of my time and leave me with only 4 months to revise for and resit my A-Levels. This prospect could have been incredibly daunting however straight away from results day, when I informed the Parrs Wood staff of my plan to resit, I was offered support and resources. They kept in contact all year and by March I felt confident that I was ready to tackle my exams this time round and prove what I was able to get.

I am going to university this year to do Biosciences. During my time in Switzerland, I was given the opportunity to spend three months as a Marketing and Communications Intern, which I absolutely loved. I’m still interested in biochemistry however looking to the future, I’d be interested in exploring career opportunities that combine it with communications. Whatever happens, I’m going continue to develop new skills, learn as much as possible and take every opportunity I get!

I was already at Parrs Wood high school, so there was less of a change for me as I already knew the teachers and site, there is also a great range of subjects to choose from.